Vladimir Bovt
For this performance, the frame of the photograph on the left is used as the dividing line on who belongs and who doesn’t belong to the simulated group.

This work took the form of (systemic) constellations (Opstellingen in Dutch) to look into the roles of different individuals within groups. Investigating this using an old photograph of my great-great-grandfather, I simulated this image in real life by positioning six actors precisely as on the picture. Then I once asked each player to step out of the created image and subsequently asked the public what changes they observed for the rest of the group that was still standing. My approach with this work was that when a group member steps outside of the frame, creating an empty spot, his role in this group becomes clearer. After doing this, I assigned the specific roles to each individual within the group on the picture. 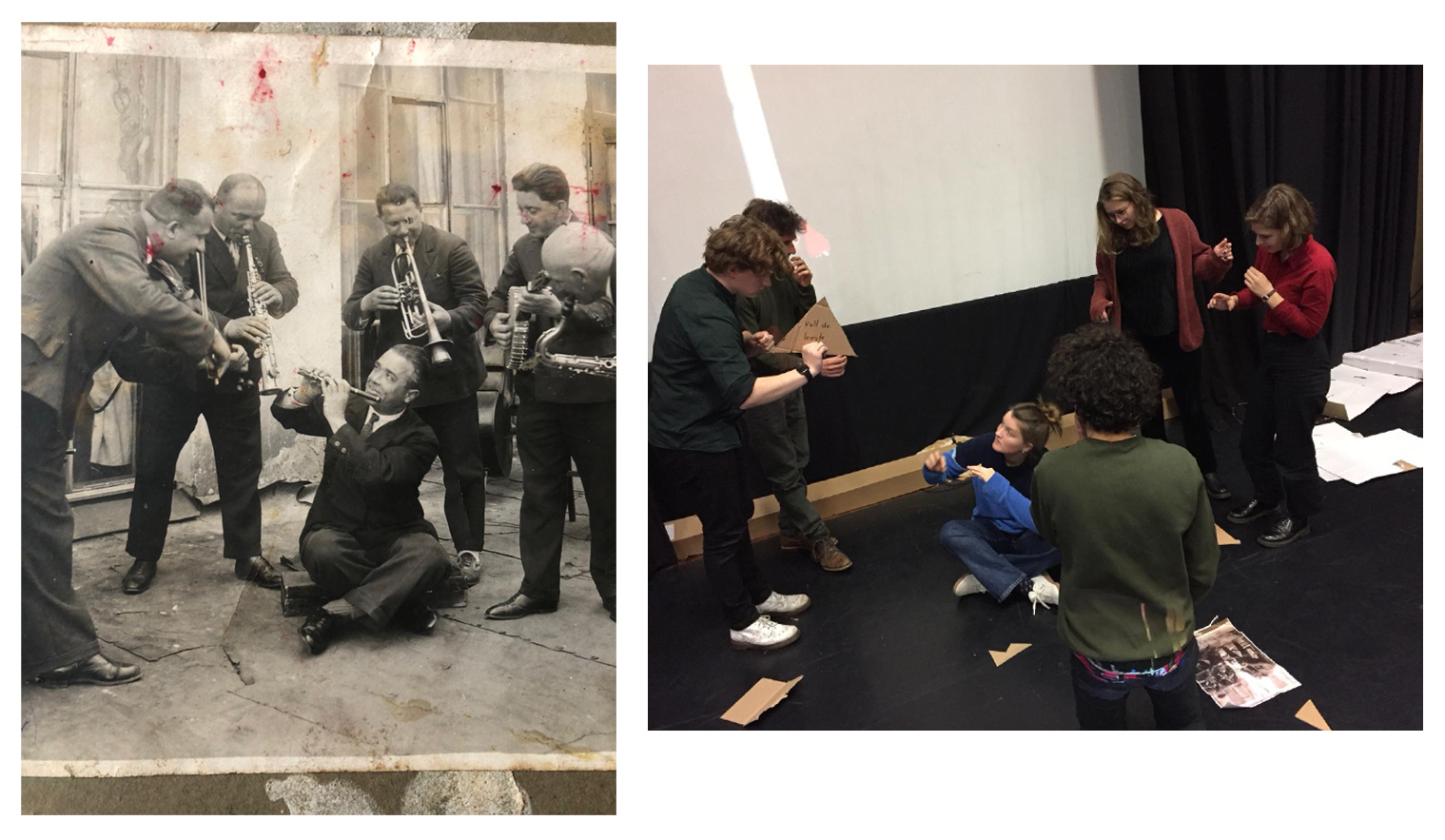